"American John Linton Chapman's painting, 'Via Appia' (1867), now in the Georgia Museum of Art, shows a pastoral scene amidst the remains of tombs with a view of St. Peter's in the distance.  In the foreground, goatherds rest on the Tomb of the Rabirii and behind them the ruins of the aqueducts along the horizon. The funerary monuments of the Classical past introduce and serve as the teleological focus of Papal Rome, which literally and figuratively arises in the distance from its ruins. The image, however, is fantasy like Piranesi's 'Via Appia Imaginaria.'

The Tomb of the Rabirii on Via Appia Antica in the direction away from Rome (photos copyright: Mario Erasmo): 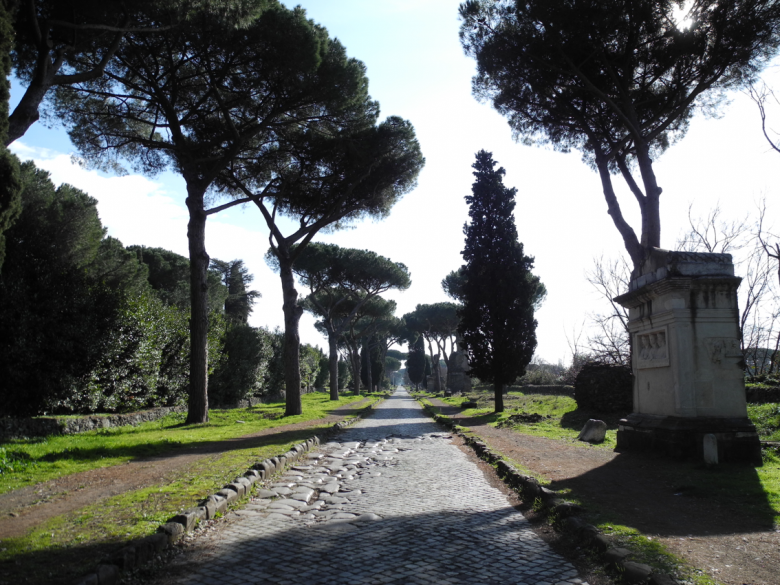 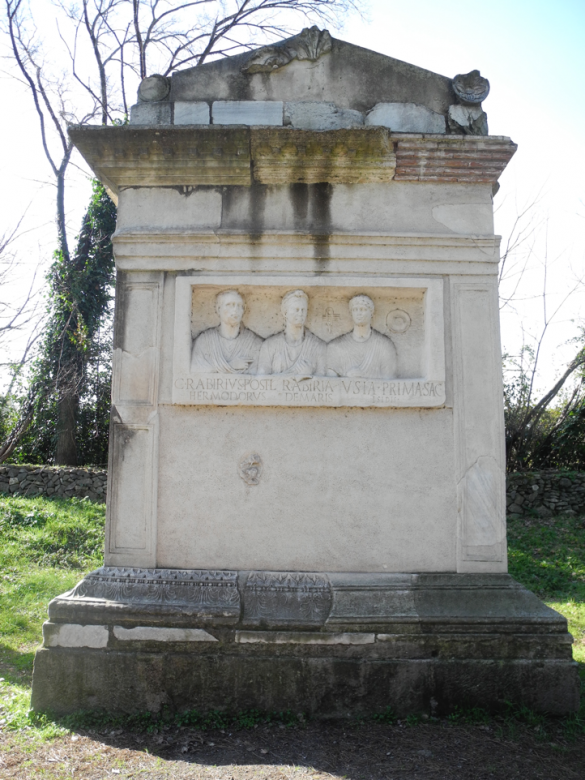 Actual view of Tomb Laterizio I on Via Appia Antica from Chapman's perspective looking towards Rome (photo copyright: Mario Erasmo) 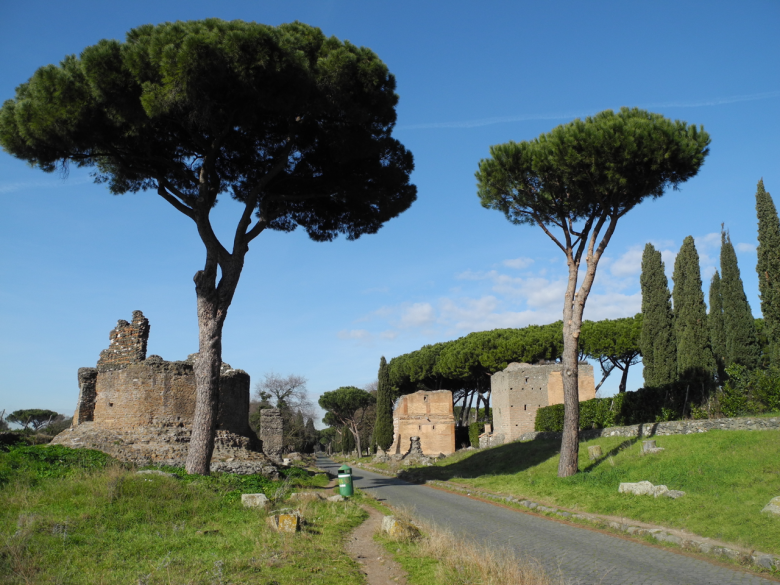 For a step-by-step walking tour of the Via Appia Antica, follow Tour 14 of Mario Erasmo, Strolling Through Rome: The Definitive Walking Guide to the Eternal City (IB Tauris, 2015/ Bloomsbury, 2019).

Note that Bus #118 no longer departs from Piazzale Ostiense but there are new stops in the historic centre at the Ara Coeli stop on Via del Teatro di Marcello next to the Cordonata entrance of Piazza del Campidoglio (Tour 5); along Via dei Fori Imperiali; and at the Colosseum (Tour 6).  To visit at the end of Tour 13, there is a stop in Piazza di Porta Capena along the tree-lined Viale delle Terme di Caracalla towards the entrance to the Baths of Caracalla. The Domine Quo Vadis stop on Via Appia Antica is now just before the fork in the road with Via Ardeatine at the visitor information centre of the Parco Regionale dell’ Appia Antica (Tour 14). Other arrival directions remain the same. Return directions from the Via Appia Antica to the #118 bus stops remain the same, but the bus now returns to the locations listed above instead of Piazzale Ostiense.